Homer and Navigating by the Stars in Prehistory
﻿ 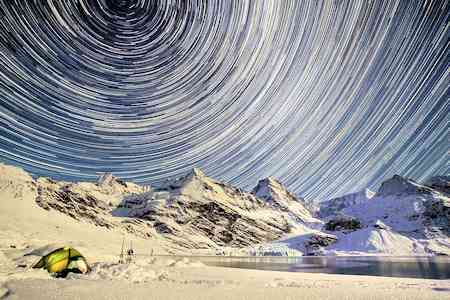 
The Myth of the "Non-Mariners"

There is a persistent falsehood I refer to as the "Myth of the Non-Mariners" that is still held to be true, even today, among some in academia. This myth lives in the unfounded preconceptions and assumptions of knowledge of those who have entirely lost their connection, as many have in modern times, to nature's display of the starry night. This disconnection from the night sky acts as an enabler for the creation of secondary myths. I think this must be effectively addressed so any residual falsehoods can be swept aside to allow knowledge founded solidly in the evidence to advance unimpeded.

Also, as someone with the relatively rare experience of having rowed, sailed, and navigated large open wooden boats I feel obligated to bring some degree of clarity and practical insight to those with little or no exposure to basic seamanship and navigation with the unaided eye - "non-mariners". There are several highly counter-intuitive aspects to seafaring that typically are only acquired through experience and/or with the guidance of a master. When it comes to "all things nautical" very smart people with the best of intentions are capable of creating great falsehoods and myths when using only their intuitive thinking in a vacuum of experience.

For instance, the most erroneous idea ever conceived regarding Mediterranean prehistory is that the cultures in the west (Iberia, Sardinia, etc.) originated and developed in total isolation from any maritime contact with those in the Aegean and east. The only way this concept can have any validity is if prehistoric humans were physically incapable of voyaging over these distances and/or they could only take to the sea blindly, unable to accurately navigate across open waters. The only credibility either of these assumptions has is in the beliefs and ideologies of non-mariners. They are completely fallacious and utterly unfounded in confirmable evidence.

Homer on Ancient Navigation by the Stars

The First Written Account of Star Navigation in History

"Moreover, she made the wind fair and warm for him, and gladly did Ulysses spread his sail before it, while he sat and guided the raft skilfully by means of the rudder. He never closed his eyes, but kept them fixed on the Pleiads, on late-setting Bootes, and on the Bear - which men also call the wain, and which turns round and round where it is, facing Orion, and alone never dipping into the stream of Oceanus - for Calypso had told him to keep this to his left. Days seven and ten did he sail over the sea, and on the eighteenth the dim outlines of the mountains on the nearest part of the Phaeacian coast appeared, rising like a shield on the horizon."

This is the oldest written account known to me of the use of the stars to navigate a direct course well out in the open waters of the Mediterranean or anywhere else for that matter. I was very fortunate to have an excellent scholar vet the passage for accuracy in the original Greek. There are no apparent inaccuracies in the description of the star patterns mentioned. Whether fictional or not, its worth is in the mind of the beholder.

Homer is describing a long-distance voyage, most probably in "winter", across the vast open sea conducted mainly at night by visually navigating with the stars. According to the isolationist "myth" a voyage of this kind in the Bronze Age was impossible. Yet this is exactly how I would have undertaken such a journey but with one very important addition. It's obvious that Odysseus was no "master mariner" for if he was he would have known of the "home" stars as referenced by the Bootes constellation that would have accurately guided him to the "latitude" of his beloved Ithaca. This would have allowed him to steer a direct course home. As described he was merely travelling generally to the east by putting the celestial north pole on his left shoulder. No master mariner would ever have been so imprecise.

Accurate navigation at sea with the unaided eye is based on the very simple observation that stars that pass directly overhead of you through the night at one location are not the same stars that pass overhead at another location with a different latitude. This explains how simple it was/is for anyone, in prehistory or today, to accurately find their "home" stars (latitude) by carefully studying the stars that parade directly overhead of them throughout the night with the unaided eye. This can easily be confirmed today by anyone willing to patiently study the motion of the stars at night.

Ancient navigation in the Mediterranean was all about the stars "drawing latitudes" in the night sky just as it was for the Polynesians in the Pacific. The star Arcturus which is the primary (brightest) star in the Bootes constellation (mentioned in Homer's passage) and the brightest star in the northern celestial hemisphere has a "declination" that corresponds to the latitude of the southern coast of the big island of Hawaii. Arcturus was surely used by the ancient Polynesians to navigate to the islands from the southern seas. So the next time someone tells you that ancient mariners knew their direction only by timidly clinging to coastlines you will know that the speaker is doubtlessly a "non-mariner".

I don't know when this observation was first made but everything was in place by the end of the Mediterranean's Cardial Neolithic coastal expansion (the late 6th Millennium BC) for this knowledge to be recognized and begin to spread. It's very possible if not probable that this insight was obtained much earlier.

It's noteworthy that if Homer's passage is in any way a reasonable reflection of reality there aren't many islands to the west of the coast of Greece with no intervening land masses to chose from for the location of Calypso's island of Ogygia. Perhaps the (now connected) islands of Thapsos or Augusta on the eastern coast of Sicily are possible candidates. The distance from one of these islands on an easterly course to western Greece is about 350 miles.

Late in 2014 the publication "Dating the End of the Greek Bronze Age: A Robust Radiocarbon-Based Chronology from Assiros Toumba" by Kenneth Wardle, Thomas Higham and Bernd Kromer was published. This is very strong confirmation that the traditional "historical" dates for the end of the Bronze Age are off by about 70 to 100 years, having occurred earlier. This further supports the work of Walter Friedrich and his colleagues in their earlier dating of the Santorini eruption in about 1613 BC ("Santorini Eruption Dated to 1627 to 1600 B.C.", 2006) as opposed to the conventional date range used for decades by the archaeologists.

Given this strong objective evidence obtained through rigorous methodologies and our desire to create navigationally relevant monthly snapshots of the constellations mentioned by Homer in the night sky for a year that well preceded the destruction of the Mycenaean palaces by some decades (say about 50 years) we decided to arbitrarily select the year 1350 BC.

In selecting a geographical location for these prehistoric navigational views of the night sky we picked a point approximately in the middle of the Mediterranean Sea that reasonably coincided with a probable position passed by Odysseus on his hypothetical voyage from Ogygia to the western coast of Greece - 38° North, 18° East. 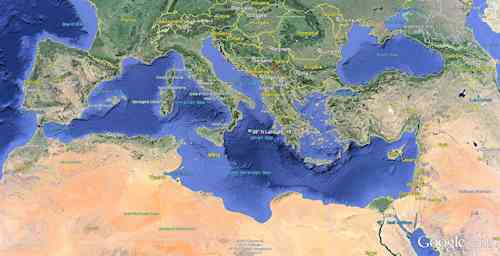 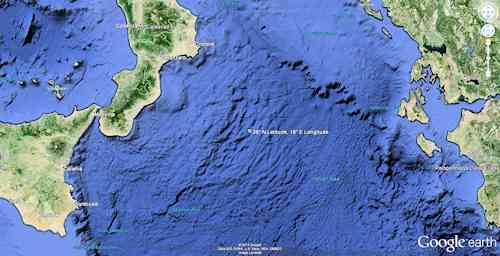 
In order to pick a consistent monthly date for these snapshots we thought it best to use the solstices and equinoxes for guidance. The dates for these in 1350 BC are:

Given the spread in the dates we decided to use the 3rd day of each month.

From my experience at sea I have no doubt that the most important time of the day for any ancient navigator was just after sunset during twilight when the stars begin to clearly reveal themselves as the sun moves below the horizon. This is the time when after navigating less accurately by the sun during the day they would be able to obtain an accurate reading of their desired "star-latitude" and make any corrective course changes needed.

The star maps for each month of the year 1350 BC below are snapshots of what the ancient mariners would have seen at the midpoint of nautical twilight when the sun was approximately 9° below the horizon. The orientation of these views is for a person lying on a flat surface with their head pointed toward the celestial north pole and their eyes looking directly above them. You will notice that the celestial north pole is not aligned with the star Polaris as it is today but is closer to Kochab, the star at the outer upper lip of the Little Dipper (Ursa Minor) and Thuban in the Draco constellation.

By clicking on the "Your Sky" links for each of the monthly night sky views below you will be able to modify or "play" with the star map settings to observe the starry night in any way you wish. 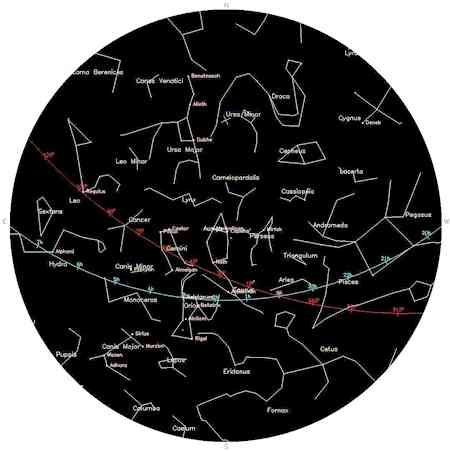 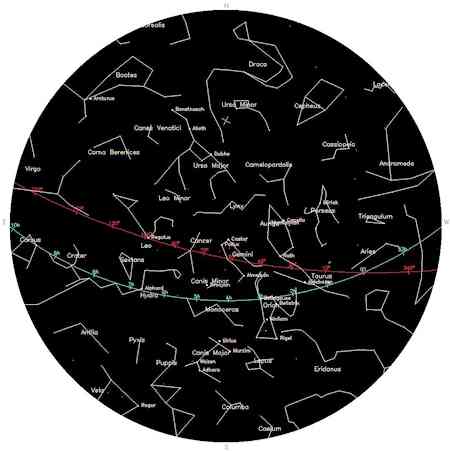 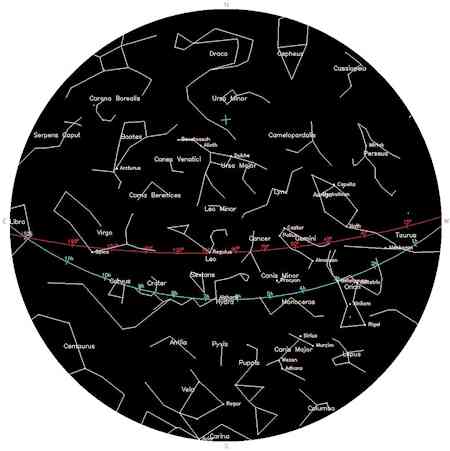 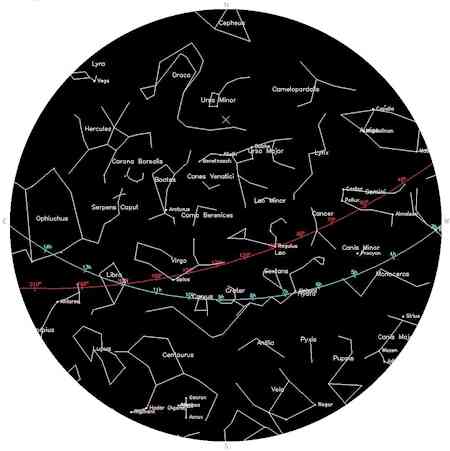 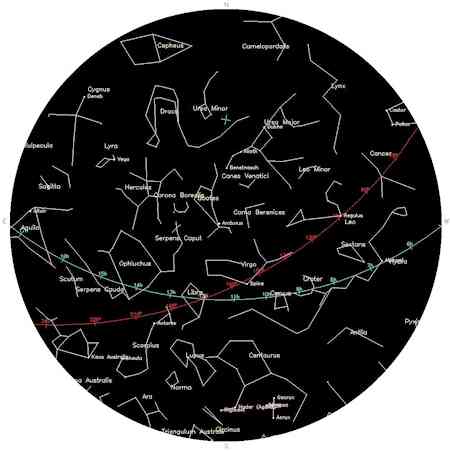 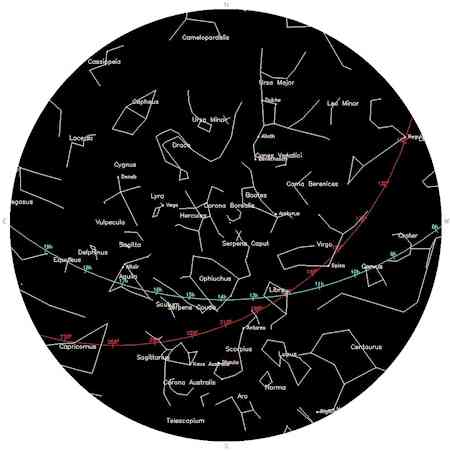 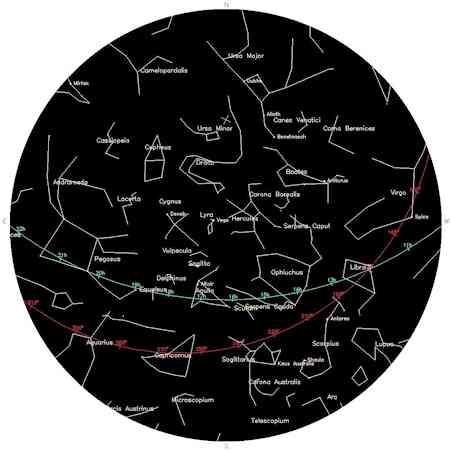 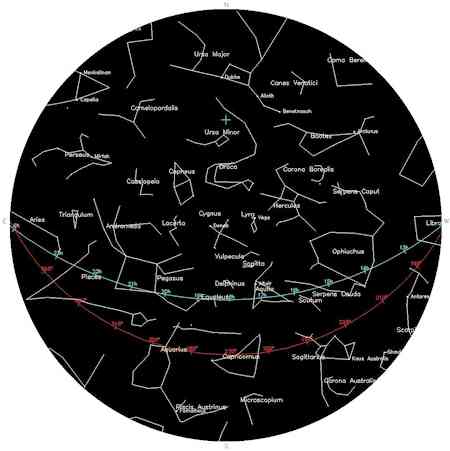 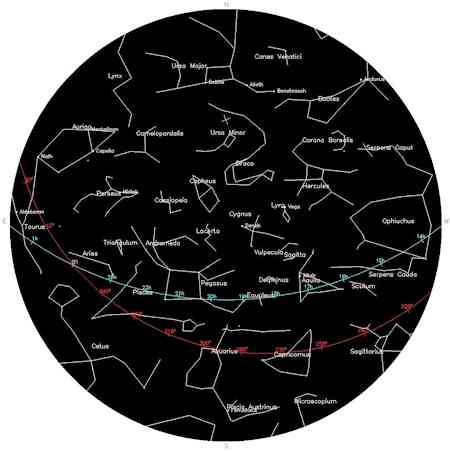 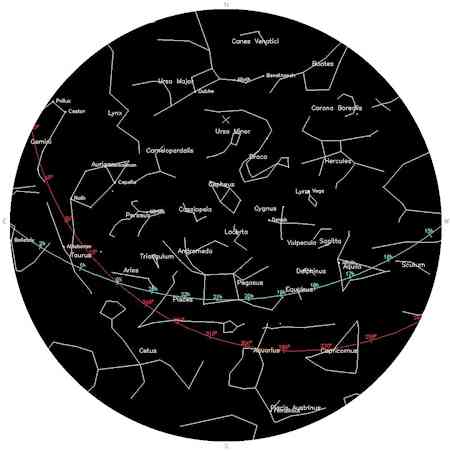 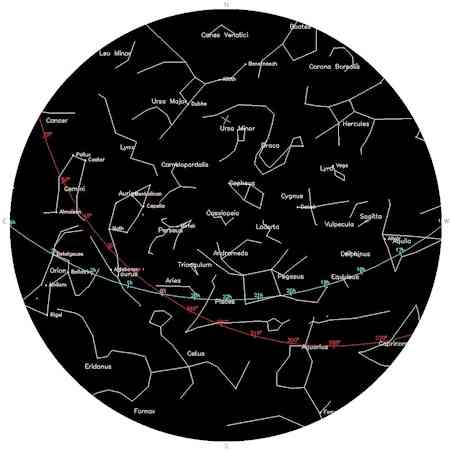 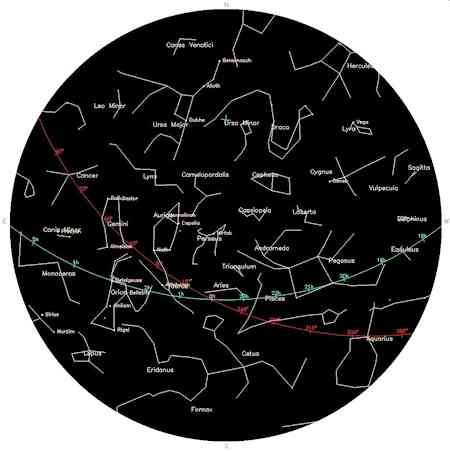 
Acknowledgement: I want to thank George Currie for his kind and generous assistance in the creation of these star maps.

While navigating by studying the stars may have been easy for prehistoric people, it is hard to imagine drivers today navigating their vehicles without a map or GPS. Some cars come with a GPS installed increasing the value of the vehicle while adding convenience for owners. Title Max, a title lending company, bases their loans on the value of a vehicle, so additional equipment like a GPS could result in a larger Title Max loan amount.