The Minoan Invention of the True Dome and Arch, Prehistoric Mediterranean Catenary Architecture
﻿

If you believe the Early Minoan tholos tombs were free-standing, above-ground domes fully vaulted in stone as many now do given the evidence of the relatively well preserved Tholos Tomb Gamma from the Archanes cemetery of Phourni (Sakellarakis, 1997) and the extensive collection of Bronze Age tholos structures found throughout the Mediterranean in the Aegean, Spain, Sardinia, etc. that are still standing then it has to be recognized that these masonry structures must adhere to the equilibrium and stability principles of modern architecture. 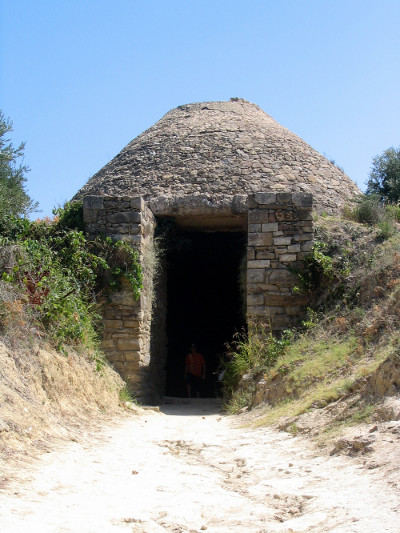 
In 1675 the English scientist and architect Robert Hooke was the first in historical times to describe what became known as the ideal "Catenary" form for an arch (or a dome which is simply a three dimensional arch created by rotating it about its central axis) by intuitively coining the phrase - "As hangs the flexible line, so but inverted will stand the rigid arch" or in more modern terms - "As the chain hangs in tension, the arch stands in compression". Johann Bernoulli, Gottfried Leibniz, and Christiaan Huygens each independently derived the mathematical properties of this perfect catenary form and all three of their solutions were published in the Leipzig scientific journal Acta Eruditorum in 1691 the result of which is the general Cartesian equation: f(x) = a cosh (x/a). 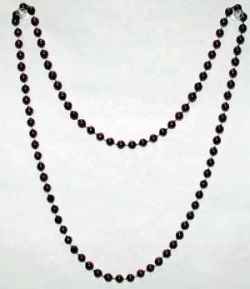 
"Hooke's insight is confirmed by the modern 'safe theorem' of the plastic theory of design. The laws of static equilibrium are paramount; the theorem states that if a set of internal forces in a masonry structure can be found that equilibrate the external loads, and which lie everywhere within the masonry, then the structure is safe - safe in the sense that it cannot collapse under those loads." (Heyman, 1999).

The catenary profile is the ideal mathematical form of arch for bearing a maximum of weight with the least amount of material. For any given arch, vault, or dome the resultant "lines of thrust" due to its weight and loading always take the shape of the inverted catenary. Therefore the optimal design of any arch should be one derived from a catenary form. This is exactly what was done with the Canaanite Fortification gate in the Mediterranean seaport of Ashkelon on the Levantine coast in the 19th or 20th century BC. 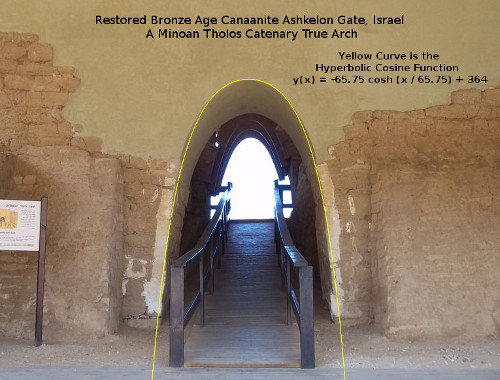 
Recently another arched gate that obviously incorporates the catenary form has been discovered at the Bronze Age Argaric La Bastida site in Murcia, Spain which is claimed to be somewhat older than the Ashkelon gate. The top of this arch obviously could not have supported itself during construction and almost certainly some kind of falsework (wooden form, etc.) was used to hold the stones in place until the mortar fully set. Therefore it is not a corbelled arch like the well-dressed Ugarit postern gate which was built by simply stacking and cantilevering stone allowing it to be self-supporting during construction. The Argaric postern gate at La Bastida is doubtlessly a "true" arch in the fully modern sense. 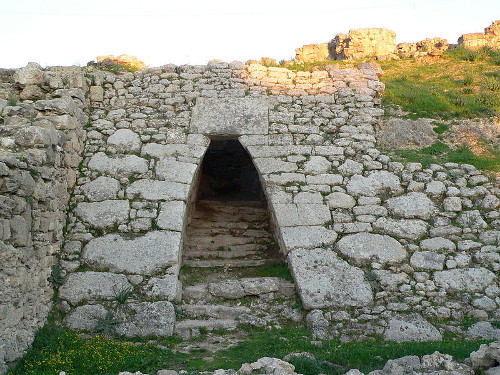 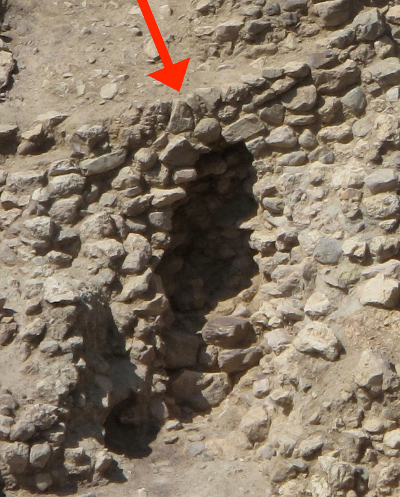 Hooke, R., 1675, A description of helioscopes, and some other instruments. London.